This set I have had for many years now and never listened to it before last night.  How I missed out! An excellent set tailored by Andrew Weatherall of 'Loaded' and 'Don't fight It Feel It' remixes of Primal Scream fame.  1993 saw the introduction of many new names at the Haçienda, American DJ's such as Todd Terry who became a Hacienda favoutire, Roger Sanchez, and home grown DJ's such as Danny Hussain and Andrew Weatherall.  Topped with resident DJ's Graeme Park and Tom Wainwright the music policy had never been richer and this shows why!

As I said, I haven't heard this before last night - I wish I had been there.... download and enjoy 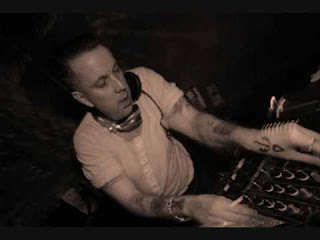 Andrew at work behind the Hacienda DJ mixing desk - not bad for a job!!