Autumn 1991, House music had never been so popular, clubs were rammed with revellers, and the music continued to just get better and better. Around the time, there were many releases that caused temperatures to rise, white labels, bootlegs, test pressings with these initial releases causing trainspotting fever. I recall initial copies of ‘Where Love Lives by Allison Limerick exchanging hands for £100 at a time - such was the power of the dance floor. Picture yourself in November 1991 - a track was played at the Haçienda that was to create such a furore it had spotters searching everywhere to find it. A Sultry, passionate, teasing, erotic vocal, floating strings, thrusting pounding four to the floor baseline, dancing keys and a wicked groove that had the floor going wild.  A pure delicious sex fueled moment in house. 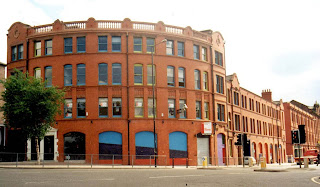 The thing was no one knew what it was. Had it originated from Chicago, New York or Detroit?  Was it an Italio rework, was it British? I am certain that the guys behind record shop counters must have pissed themselves laughing at the attempts of clubbers singing the vocal to them in their futile search to obtain it. I know I sang it a couple of times!  Popular guesses ranged from 'Hurt Me, Hurt Me' to 'Throw the dice'. The search was on!

It was a search that was to last for years. Literally no one was able to find it. It was one of them tunes that was so good, had it been unearthed, the eBay flippers would have had a field day selling them. I know I would have bought every copy that I could lay my mitts on.

The first time I remember hearing it played all the way through was by Parky at Sexed at the Arcadia in Leeds one Friday night, in late October in 1991. Arcadia was an excellent venue - I recall the club being small, glamourous, almost boudoir-esque and so clean that lines could have been done from the toilet floors.  An impressive, hedonistic little venue. In contrast, the Haçienda system seemed huge in comparison. The following night the track was to dominate the Haçienda floor however, It is most famous for being on a mix dated 5th November (aka Nye 1991). Its sultry lyric was unforgettable:

"Oh, everything in life’s a chance,
We throw the dice and then we dance,
We toss and turn, our bodies sweat,
Will you remember what I can’t forget
Hurt me hurt me, hurt me, hurt me
Take me baby into your dreams
Take my body, my mind, take everything"

Music forums such as Oldskoolanthemz, Tuneid.com tried in vain to identify it, even a you tube clip was put out there - all came to no avail. It became a most wanted tune as searches in Facebook groups, and even mailing DJ’s themselves all came up empty handed. It was as elusive as hens’ teeth.

It took 16 years for it to be identified. 16 years of posts and reposts. The frustration was phenomenal. Imagine being the first to identify it, gain the glory and snatch any available (if any) copies for yourself. That was the excitement surrounding it. Then unexpectedly, out of the blue, on the 19th of May 2017 the search was over. 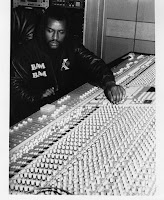 Posting on Tuneid, the following message to the forum was received.

I am the Artist for the House track that begins, "Oh everything in life's a chance, we throw the dice and then we dance."

I am Camille. I recorded the song in '91 with House legend Bam Bam's fierce rhythms. It was just brought to my attention that there has been a global hunt for me!!!!! Well, HERE I AM!!!!!! Thank you all for keeping my music alive!!! xox"

Mind-blowing close, we were so close! What a tease though, we were no closer to knowing the name of the track, or the label on which it was released! However, luckily, six hours later a second update followed...

"YES! WOW! I'm deeply honoured that my music has been on the minds of so many for so long. Humbled, actually.

Legendary House producer "Bam Bam" and myself, Camille, which is my single artist name originally recorded this track in '91 under a production deal with Polydor, London. Our A&R, however, moved on from the label before it's wide release - so there was only the test release.

Originally, the track was titled "Hurt Me" but because of my shyness my A&R changed the name of the track to "Deep in Thought". The reason is because he had come over from London to Universal Studios in Chicago where I was recording the song and I looked deep in thought as I was in my own world recording.... although there were many engineers and music people around. So yes, he titled it "Deep in Thought" by Camille. He also kicked every male person out of the studio and served me hot tea and wrapped a blanket around me - so I wouldn't feel so intimidated to record. 😃

So, there you have it. I'm totally awed." 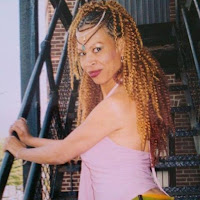 Finally nailed! What was even better was the ID came from the singer/writer herself - Camille 'Shy Girl' Fuller.  Camille we are indebted to you for getting in touch and for your wonderful talent captured on this track.  It is a true Haçienda classic!

What a backstory! Now the hunt was on to track down a copy. Alas it was nowhere to be found. The story has it that there were only twenty copies in existence! Twenty slices of wax! Gold dust to say the least. Graeme you are one lucky man to have a copy! I for one feel so glad to have experienced it being played on the dancefloor of the Haçienda - what a space for it to be played in! Acid House as it should be. 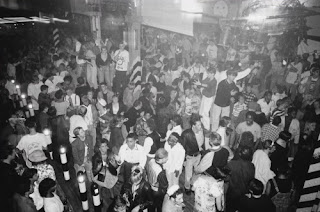 There used to be a YouTube thread from 2017, where Camille mentioned that the track was to get a re-release. Unfortunately, this version has yet to come to fruition. We live in hope, I know it would make a lot of people extremely happy! However, Bam Bam's original club version did get a release in 2014 entitled 'Next to You'. However, sadly, it is a different version from the one played that night in the Haçienda.  I wonder if it is because the lyric is too risque for a comercial release in today's market! It's a shame though because it is one superb dancefloor track.

As mentioned, the release date of the tape is the 5th November 1991, although I do note that it has also been labelled as NYE 1991.  I do not recall Bam Bam and Camille’s track being played that NYE, but I may be wrong - certainly my original copy of the tape is labelled 5th November 1991.    Either way the tape is one of the finest sets from Graeme Park.  Starting with that evasive track by Bam Bam and Camille 'Shy Girl' Fuller it moves quickly into Charles B - 'lack of love' a dream mix.  Other tracks include Haçienda favourites - Keep Movin' by Canadian Producer, Mike Perras, Chicago’s legendary Robert Owen’s - 'I'll be your friend' and a personal favourite 'Overweight Pooch feat the great Ce Ce Peniston – ‘I Like It’. Parky was certainly on form! 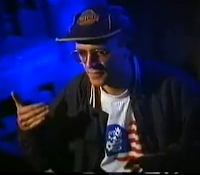 As always with each post there is a download from one of the nights in the Haçienda. Please feel free to click the link in blue, turn it up and enjoy!