Think 'Haçienda', think music and we think about 'Factory' a record label so closely entwined with the history of the club and the vibrant music scene from which they emerged, that they are synonymous with each other!  Much is written about how Factory Records, Joy Division and New Order financed the Haçienda's design, build and constant cash injections that were to keep it afloat during the club's turbulant early years.  For me though, there was another record label that was just as equally important and influential in the clubs history - especially during the Haçienda's house music years.  That label is - Deconstruction! 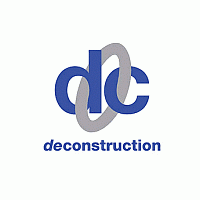 The beauty about being a DJ in the UK's most influential nightclub is that you are perfectly placed to see how the floor reacts when you play a track for the first time. Instantly the DJ will know what is going to be a hit, what works, what flops, what will burn slowly and what influences dance floor madness!  To this extent,  the logical next step for a DJ, producer and A&R promoter would be set up and own a record label and go on to form your own band!   One such DJ was Mike Pickering. 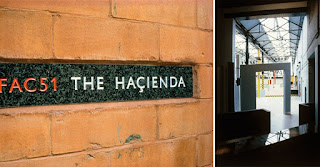 'Deconstruction' was originally started in 1986 by Mike Pickering, Pete Hadfield and Keith Blackhurst to release records that they were involved in.  The first releases were from Hothouse and T-Coy and both groups were to make their mark in different ways. Hothouse were a critically acclaimed soul act who introduced us to the wonderful Heather Small on vocals and were quickly sign to a major label; whilst  Mike Pickering's own act, T-Coy's was to release 'Carino', a Latin influenced dance record that was immediately placed number one in Stu Allan's chart on Piccadilly Radio and was huge at the Haçienda's Nude nights.  It was an instant underground hit, popular with New York and Chicago DJ's and arguably one of the first homegrown records to come out of the Haçienda! 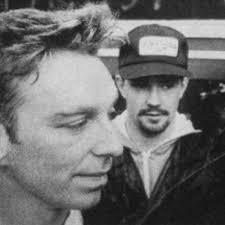 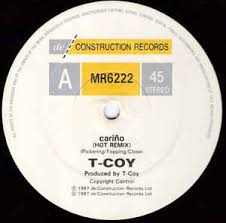 Over the next few years, Deconstruction Records would influence dance floors and the music scene in a major way - perhaps more than you could imagine!   Take a listen to Haçienda mix tapes from '88 to '89 and you will hear the huge pounding, melodic baseline, rolling acidic sound and dreamy vocals of Annette's - Dream 17, a track that even now continues to make such an impact in any set.  Such is the quality of the early releases on Deconstruction, that you would be mistaken if you thought Dream 17 was an import direct from Chicago, it sounded so deep, fresh and perfect!  I recall playing Dream 17 a few years ago at a boat party off Falmouth Docks and the reaction was mental - "wow what is this?  How much for it?"  It sounded that fresh, a sure sign that it has stood the test of time! 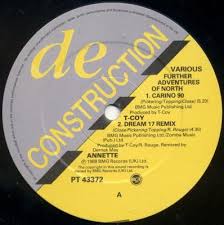 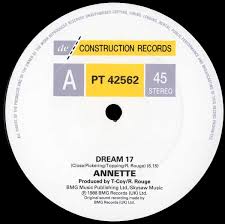 However, It was during 1989 that Deconstruction was to really make it's mark on clubland,  moreover it had a role in taking house music to the general population and on to peak time radio!.  Mike Pickering himself tells the story in an interview which can be read in full on the Deconstruction label's website!  Mike details how he was given a white label by an Italian guy whilst DJing one night in the Haçienda.  Upon playing it he found the reaction was so huge, that it caused such a sweet sensation!  Mike and Pete Hadfield urgently tracked it down and ended up releasing it on Deconstruction, re-recording the vocals to get around publishing issues!. The record that caused such excitement that summer was based on a disco record - we love and know it as 'Black Box - Ride On Time'.  It was huge, it was uplifting, it had energy and of course that piano. Such was the buzz and controversy that it ended up charting and going to number one in the UK charts.   Take a read of Mike's interview to find out more about the label and the truth behind the hit, it is a great read!   To this day, it is one of my guilty pleasures, hearing it on the radio instantly transports me back to the summer of '89 and those hedonistic nights in the Haçienda. 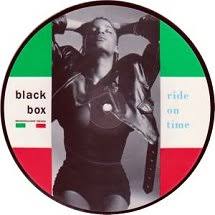 Deconstruction was to release more huge club records over the next few years. Another one of my guilty pleasures was 'Infinity (1990's...Time For The Guru) by Guru Josh', 'Casonova's Revenge - Let's Work'; the beautiful vocal piano track by 'Shalor - I'm in love', all huge tracks that dominated the Haçienda floor.  Deconstruction were to release a few early compilations, championing stateside releases and introduced us to a European sound!  Euphoric clubbers were hungry for this piano driven, 'hands in the air' sound and soon a new genre was to take it's place alongside the staple diet of dance from Chicago and Detroit.  Italian House had arrived and the Haçienda went wild.  British acts were quickly signed.  K-Klass, Bassheads and N-Joi all had huge clubland hits.  Never had clubland been so vibrant and diverse, it was hedonistic paradise!  'Rhythm is a Mystery', 'Is There Anybody Out There?' and 'Anthem' were all clubland hits and are still highly sought after 30 years later! - such was the influence of this pioneering dance label.  Deconstruction continued to release influential records over the next few years taking a more 'progressive' feel to the labels sound, capturing the changing tastes in the UK scene.  Deconstruction has re-emerged over the past few years have continued to release new material, such is the influence on clubland. 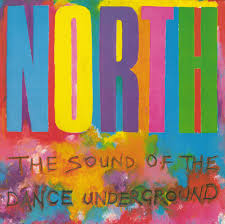 It Is As It Says!

Then another act emerged that took the music scene by storm. In 1991, the award winning M People was formed.  Mike Pickering, Heather Small and Paul Heard were to have hits such as 'How Can I Love You More?', 'Someday' and 'Colour My Life',  that had huge crossover appeal between clubland and chart success. This appeal soon saw them awarded the 'Mercury Music Prize for 'Best New Act' and a Brit Award for 'Best British Dance Act'.   Heather Small's beautiful, powerful, gospel influenced voice gave us club hits to sing along to and prominent Djs and producers such as Sasha and David Morales performed remix duties aimed at clubland!   The wonderful thing about all of this is that the roots were laid down in the Haçienda! 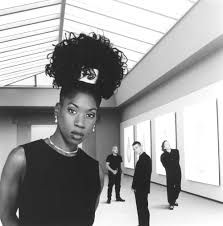 September 1992 bore witness to a Deconstruction party at the Haçienda.  Listening to the DJ sets that night demonstrated just how influential Deconstruction was, not only in the Haçienda, but throughout the North West, the UK and also Internationally!   Once again, Blog51 brings you an exclusive tape to enjoy.   Gracing the decks that night was a line up to make you wet!  Buckley, Pickering, Russ and Davoli take us on progressive house influenced Deconstructed journey!  Please feel free to click the link and download tape 2 from the night.  Sadly, I missed out on tape 1 but it is out there somewhere.  If you do have it and would like to share - it would be much appreciated!  For now, here is Tape 2!