Emerging out of the blossoming House / Acid House scene in the late 1980's, early 90's was a DJ destined for a great future.  Tommy D Funk took his place as a renowned DJ playing as resident DJ at DRY Bar 201 - the Haçienda's sister bar, before subsequently progressing to take a weekly residency at the Haçienda and going on to international acclaim first Djing in Seoul and on to New York City!

Tommy began his DJ career with a residency in a Manchester pub where he was influenced by the emerging scene that had exploded in Manchester.  Tommy went on to win a DJ competition organised by DRY Bar 201 which helped establish him as a sought after DJ.  Playing deep, funky and soulful US/UK house music, his mixing skills and energy soon revved up the crowd and Tommy soon found himself gracing the decks of Manchester clubs such as the No1 Club, Sankeys and Home which soon brought him attention from Haçienda influencers such as Angela Matthews, Manager of the Haçienda!  The only way forward was a residency at Faç51.... the Haçienda!

This set was recorded at DRY Bar 201 in 1995.  A superb vocal led House / Garage set with stomping pianos and lush house cords mixed to perfection, a perfect start to a night for clubbers before hitting the Haçienda!  Listening to the mix it is easy to see why Tommy was next to take his place behind the hallowed decks at the Haçienda alongside Graeme Park, Roger Sanchez and Tony Humphries to name a few.

Today Tommy is active on the New York House Scene, regularly playing alongside other great DJ's such as Eric Kupper, Marshall Jefferson, Kerry Chandler, Robert Owens, Lenny Fontana, CJ Mackintosh, Miguel Migs and DJ Disciple amongst many others!  Club credentials include DJing at The Discoteque, Cheetha Club, Late Late Bar, Le Souk, Barrio 47; along with his own Legendary nights 'Sounds of the Dance Underground'.  Tommy is also a reviewer for DJ Times and Club World Magazine.... 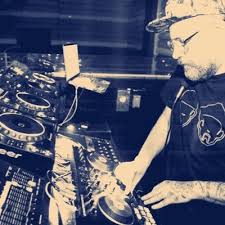 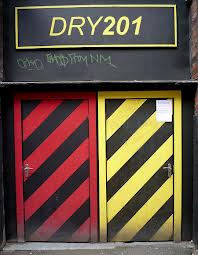 Special thanks goes out to Tommy for the DJ set... much respect!